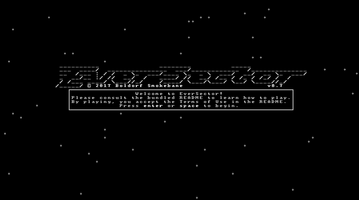 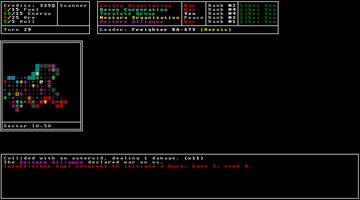 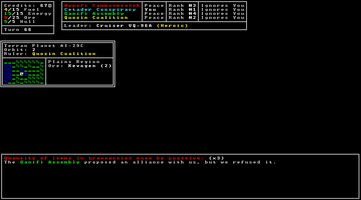 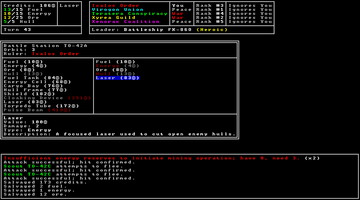 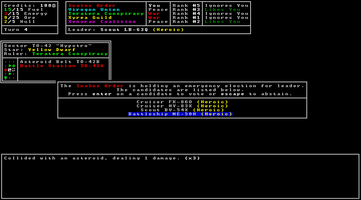 As usual, this release has included more features than anticipated. For this release, that means tileset support! For now, you can choose between three different fonts, each of which have variants with custom tiles. Galaxy, star, and planet generation have been overhauled, along with a multitude of other features you can see below.

The source code has also been released on Bitbucket! Now you can see how the game works, watch as I develop it, and even contribute code of your own. I also have a pipeline configured to generate new builds of the game (you'll see them appear here). For more information, see the Bitbucket README.

The next release will be v0.7.1, which I should be able to finish fairly quickly. It will include tileset customization, surrender in battle, and more name generation. As I mentioned above, you'll have access to development builds every time I add new features to the game. I'd love to hear your feedback on these builds, so feel free to discuss them on the forum, subreddit, or Discord server.